🕐 Pacific Park is now in limited operation. The ticket booth closes at 7 PM Monday-Thursday, and 9 PM Friday to Sunday. Please check our operating calendar before planning your visit.

Filmmaker Michael Masarof filmed his romantic comedy First Love at Pacific Park on the Santa Monica Pier in 2019 on a low budget. Looking back on the film’s one year anniversary of its release date, we asked him to share his experience about filming at an amusement park. Keep reading to see what he said!

I said to my producer: I really want to shoot on a real working Ferris wheel. Great, she said, I think there is a Ferris wheel in Long Beach we can shoot on. No, I insist, the Ferris wheel at Pacific Park in Santa Monica. The Ferris wheel that the main character in the movie, famous fallen actress, Rebecca Rosetti gazes at from her hotel window at, as it lights the night sky. Can we shoot there? Is it possible? It would be a dream, I said, because that was the first image I had for the film. Ironically, the closing image of the film.

The first image in my head was the closing image: A Ferris wheel going around. For many reasons: The circle of life, the way that the two main characters (twins) of First Love are going back to their beginnings, the blue Pacific Ocean over the water, signaling California, the edge of the world, something new.

My producer agreed, of course, it had to be Pacific Park and we would get it if we had to die trying! I bring up this conversation, because it was one of the first conversations my producer and I had. And I bring it up because it shows how long it takes from coming up with an idea on the page and bringing it to life on the screen. That it takes a lot of perseverance and a lot of finding the right people to help you make movie magic, to turn your dream into reality.

Pre-production began and we moved onto other locations and other needs but occasionally I would check in with my producer on the Ferris wheel and she said she was making progress. First, she had to convince the park to let us shoot there. They said yes but they would have to shut down the Ferris wheel to the public for us. And more importantly, we would only have 1 HOUR to shoot the climactic scene of the movie. The shutting down of the wheel was obviously favorable to us, but the 1 hour rule made us realize we had to be prepared to a T as if we were going to war. Of course there were other boxes to tick in order to insure the shoot would go successfully. You need insurance, film permits and money to pay for all of that! I mean you are making a film! Also, don’t forget the safety factor. It was very important to  everyone, cast and crew alike, that we were doing everything possible to be safe! Suspended over the Pacific Ocean in a small wheel for an hour with a close to a million dollar camera package to boot demanded it!

The shoot began and there on the schedule for the last day of the shoot, was the Pacific Park Ferris wheel. When the day finally arrived we methodically knocked out the scene in the hour allotted to us. I am not going to say it wasn’t still insane but we got what we came to do and I couldn’t be happier with the result.

Looking back at the film I laugh to myself when I see the scene because part of me wonders did we shoot this on a green screen! It’s so real it almost looks fake!

We were uber-prepared for the shoot but we never bothered to ask cast and crew if they were afraid to ride a Ferris wheel! So, make sure that your team is prepared to be on a Ferris wheel for an hour which is longer that it seems. Are people seasick? Afraid of heights? Ask them first!

One big challenge that arose was there wasn’t room for me in the gondola so I had to sit in the other gondola. It was stressful! I couldn’t see the monitor and barely hear the actors. But we made it work!

I will always have the satisfaction, which I think is important for a filmmaker to have, that if you want something enough you can do it – you just have to follow through. No matter how stressful it can be. They often ask in Hollywood how did you get that shot? In this case – that’s how.

Michael Masarof is the writer and director of First Love. A story of estranged twin siblings trying to reconcile their past. Released theatrically at the end of 2019, First Love was called “intimate” by the LA Times. You can watch First Love on Amazon and other streaming platforms today to see that shot. 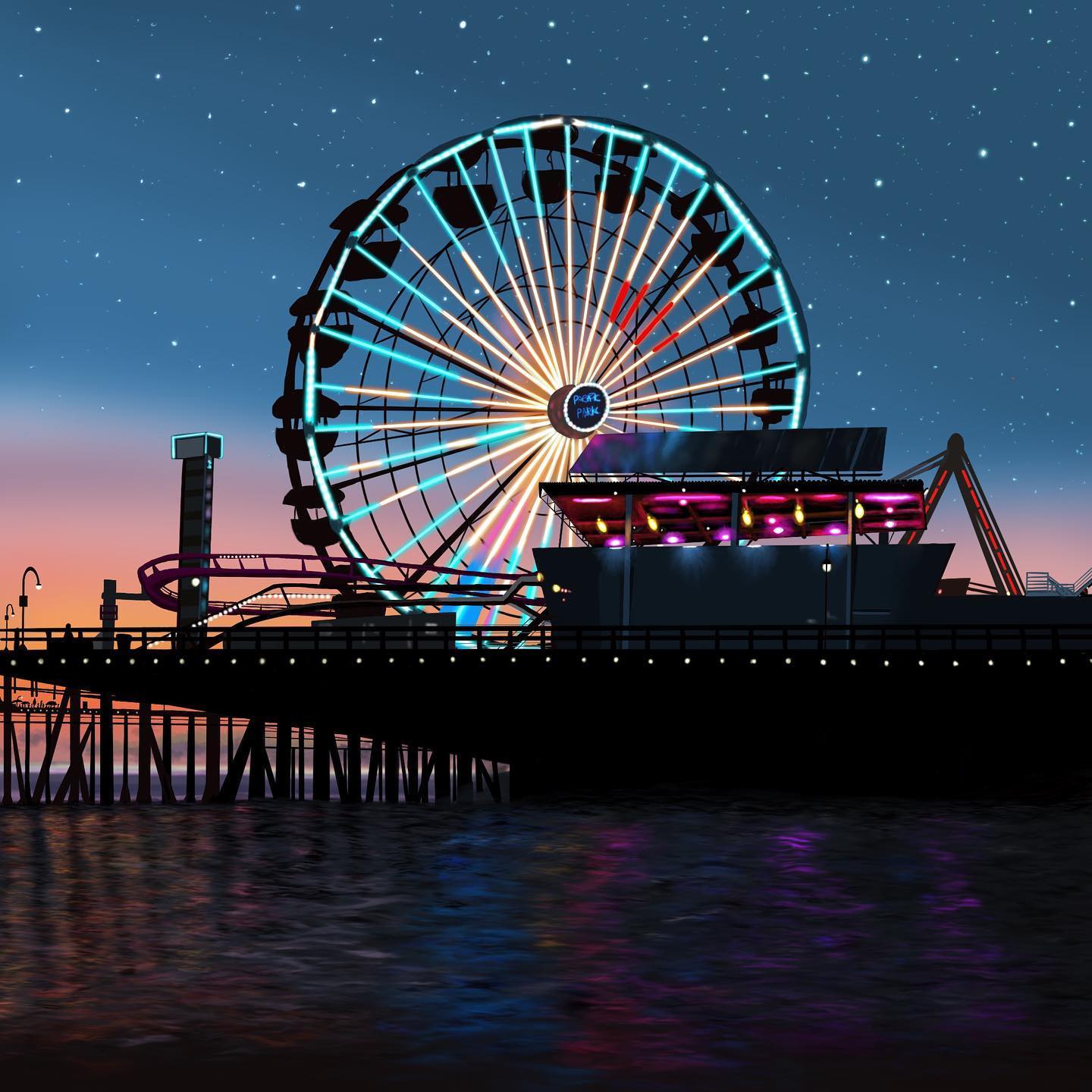 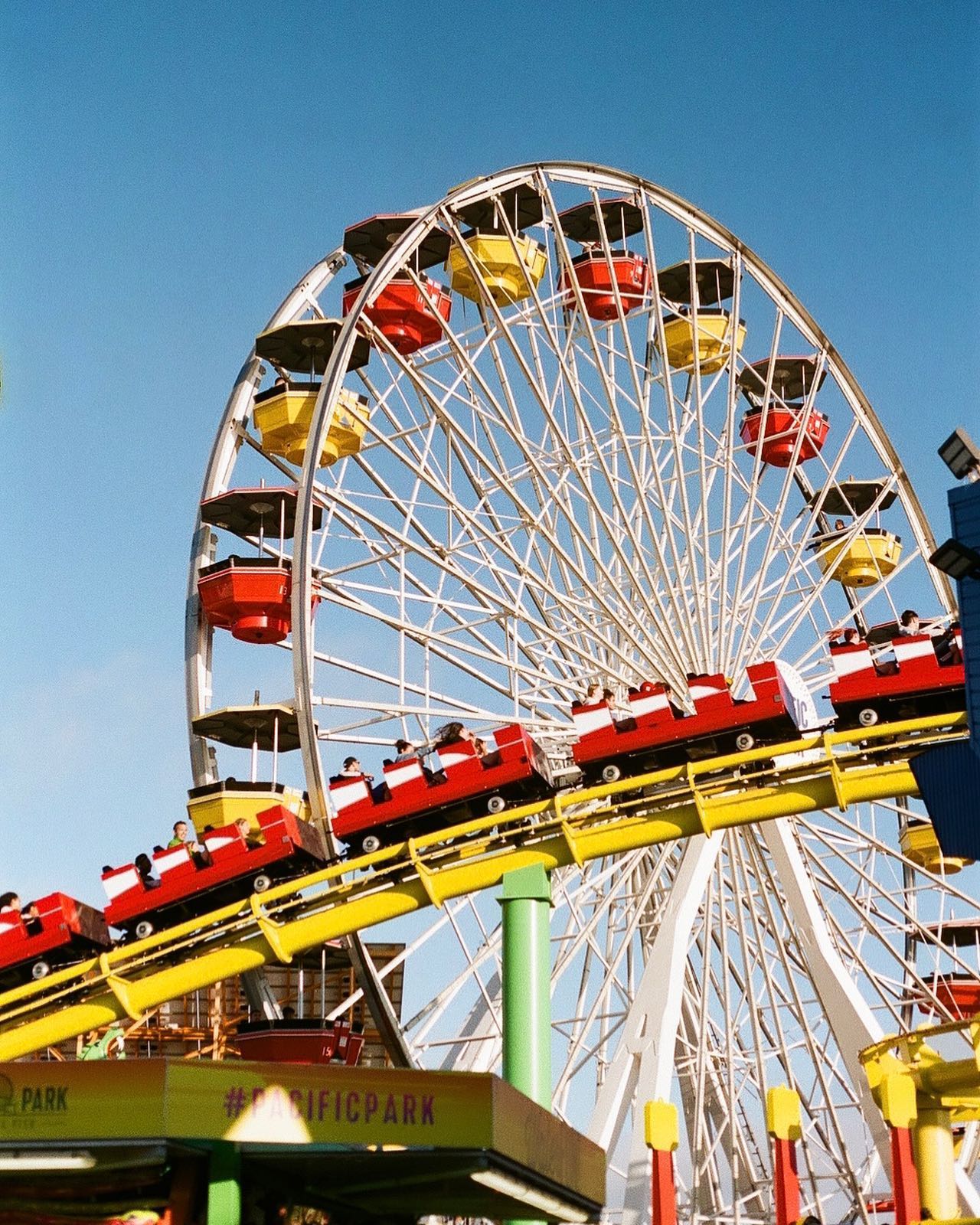