This year, Twilight on the Pier will have a variety of free comedy shows at Pacific Park. Each night there will be five comedians performing from 7-10:00pm in the Seaside Pavilion, which is located at the west side of the amusement park next to the Coffee Bean and Tea Leaf.

About Twilight on the Pier

Twilight on the Pier is a free weekly music festival that returns for it’s 35th year at the Santa Monica Pier. The festival celebrates many art forms, including music, dance, and comedy. Twilight on the Pier showcases emerging and established artists, along with art styles and influences from around the world. The festival occurs every Wednesday night from August 21-September 25th. Come join for a night of art and cultural experiences, as well as games, interactive experiences, food, plus a beer & wine garden.

Twilight on the Pier Weekly Themes

Each week, the free concerts will be happening from 7-10pm on the Santa Monica Pier:

Each week during Twilight on the Pier there will be free comedy performances at Pacific Park from five comedians, including Amy Miller during the kick-off night, who has been seen on the shows “Last Comic Standing” and “Viceland.” During the Latin Wave event, one of the comedians featured is Paige Weldon who has been seen on “The Late Late Show With James Corden” and was recently named one of TimeOut LA’s top 10 comedians to watch. Also during Latin Wave, see comedian Frankie Quinones who is known for his character work. He’s made appearances on Comedy Central, HBO, TBS and Nickelodeon. During Japanese Vibes, you can see LA comedian Atsuko Okatsuka, who has been named a top comedian to watch in 2018 and 2019 by both Vulture and TimeOut LA. Okatsuka also can be seen on her Hulu comedy special “They Call Me Stacy”.

Over the six weeks of the festival, there will be four different hosts of the comedy performances. For the Kick-Off night and Japanese Vibes, the host will be comic Anna Valenzuela, who is best known for being on Dress 4 Beasts Comedy Showcase 2016 and Roast Battle 2 on Comedy Central.  The host for Latin Wave will be writer and comedian Jil Chrissie, who recently performed a one woman show during the Hollywood Fringe Festival.  During Middle East Beats, the host will be Omid Singh, who has had a broad career ranging from being featured in Ben Affleck’s thriller Argo, to currently co-hosting The Patiocast that is recorded live weekly at The Comedy Store. For the Island Tides and Aussie Splash nights, the host will be comedian Ken Garr, who is the host of “The Kym & Ken Show” on Dash Radio, and is the creator and producer of “Long Hard Sets” at the Hollywood Improv.

Getting to Twilight on the Pier

Pacific Park is excited to host this first-ever comedy showcase at the Santa Monica Pier and hope you can join us for some laughs over the waves of the Pacific! When planning your visit, we recommend you take the Big Blue Bus or Expo Line from Downtown LA, which will drop you off at 4th and Ocean. This is just a 10 minute walk to the Pier. If you are driving, it is highly recommended that you arrive before 4pm to be able to take advantage of less expensive Pier parking (parking goes up to $25/car at 4PM on concert evenings). If you arrive before the festival starts, there are lots of places right on the Pier to grab dinner. You can check out our full guide to restaurants on the Santa Monica Pier here. 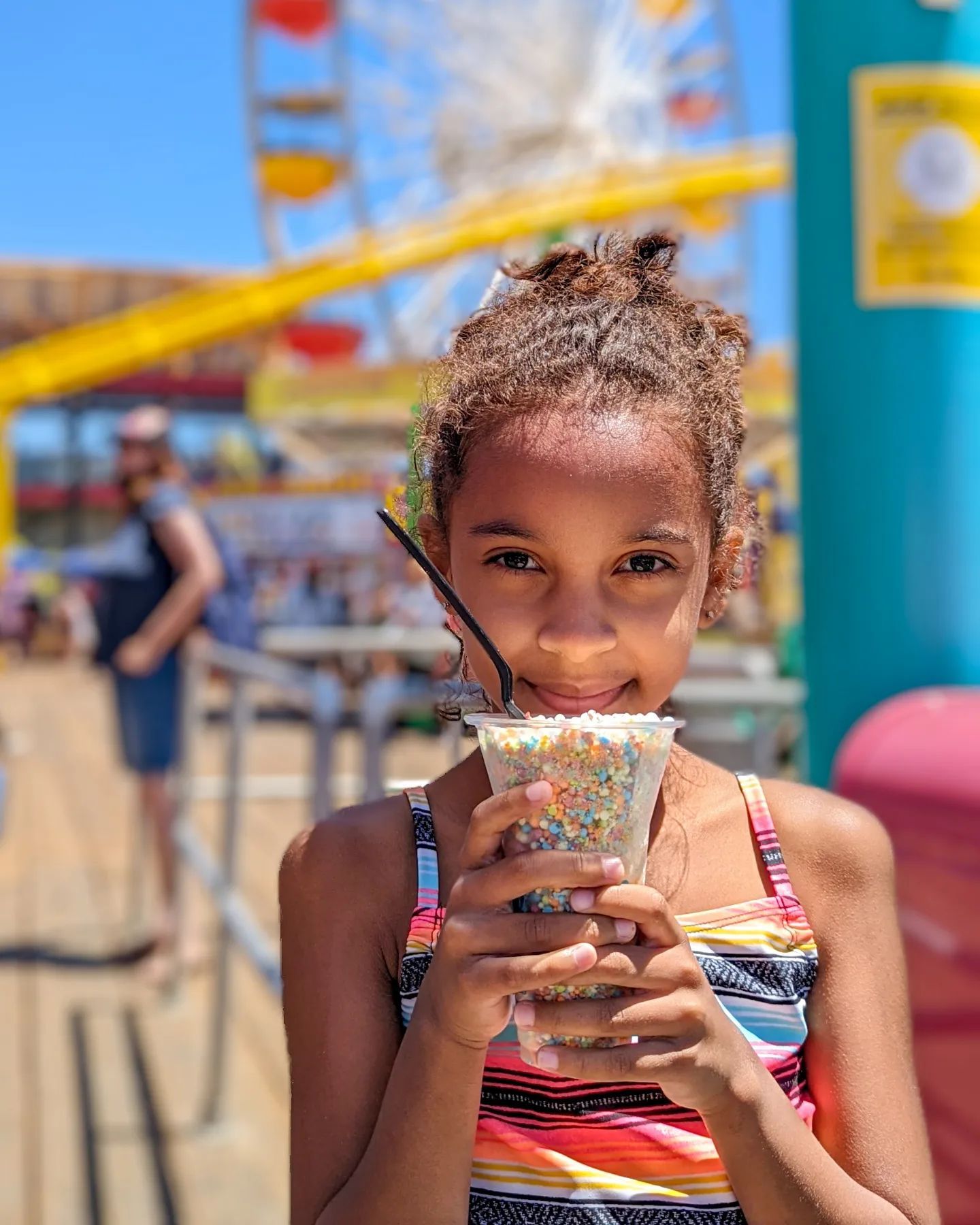 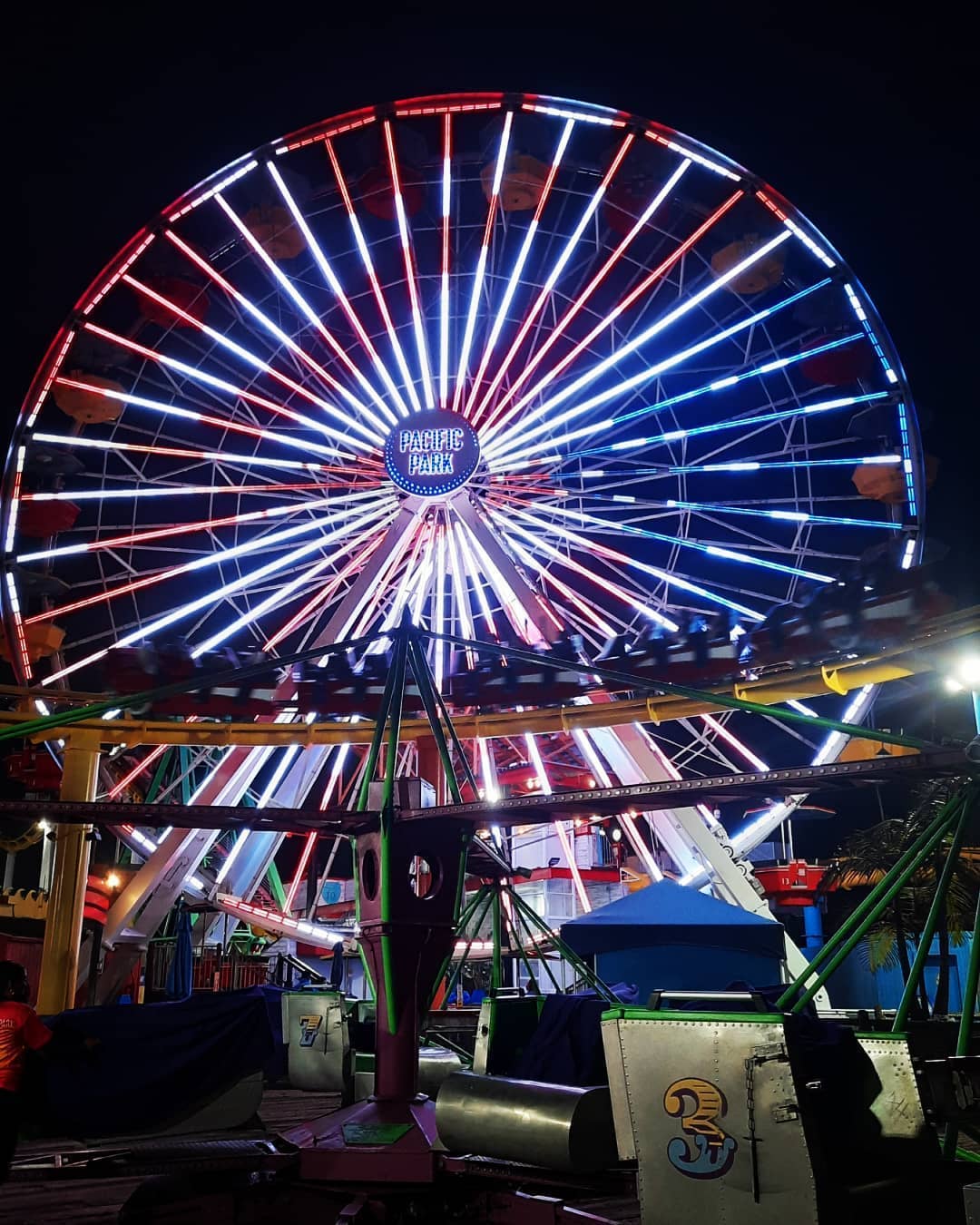 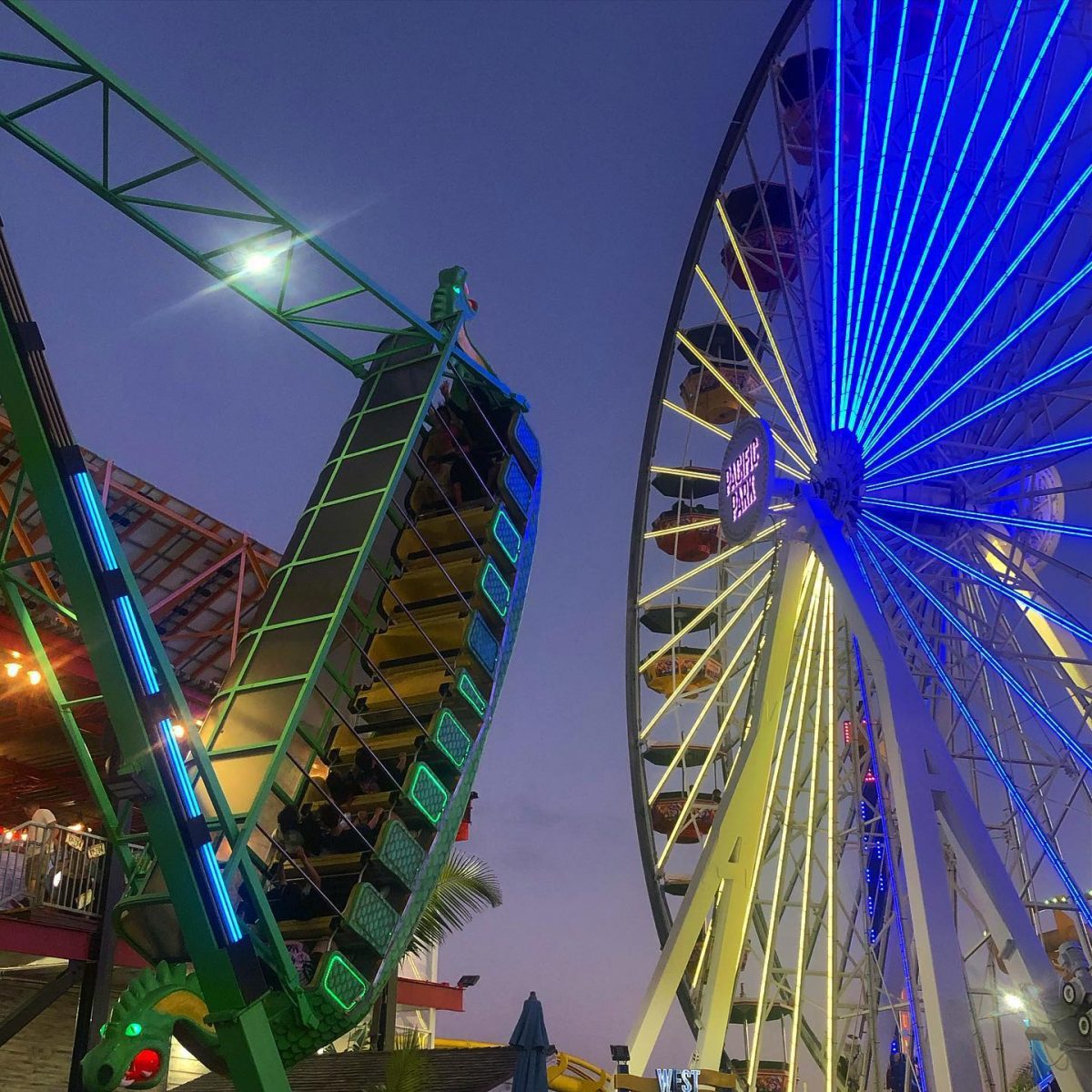 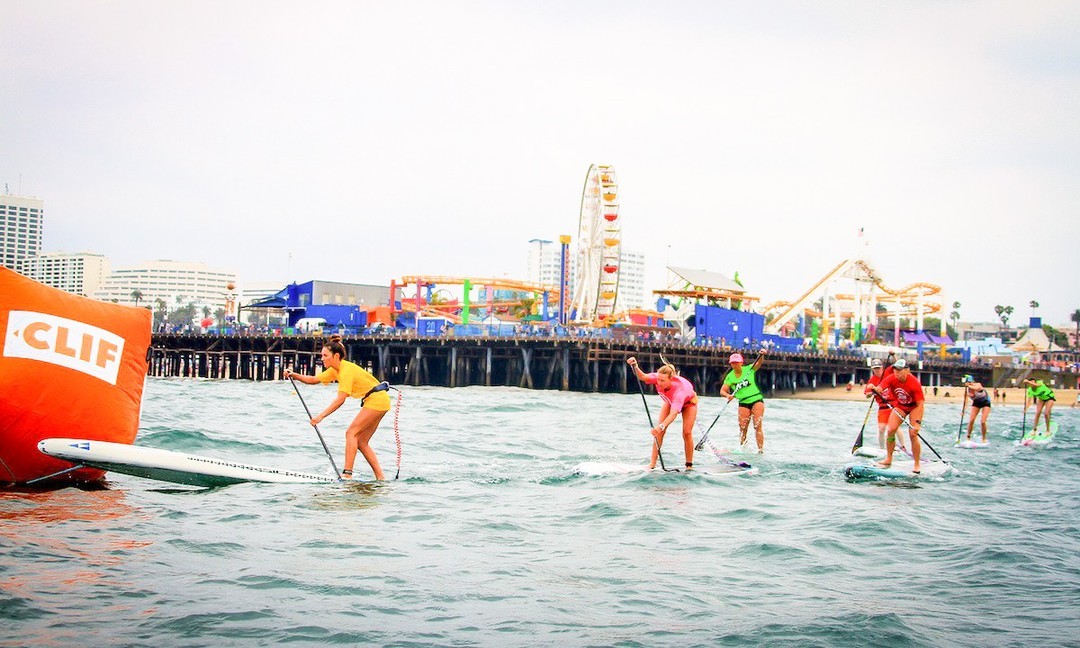 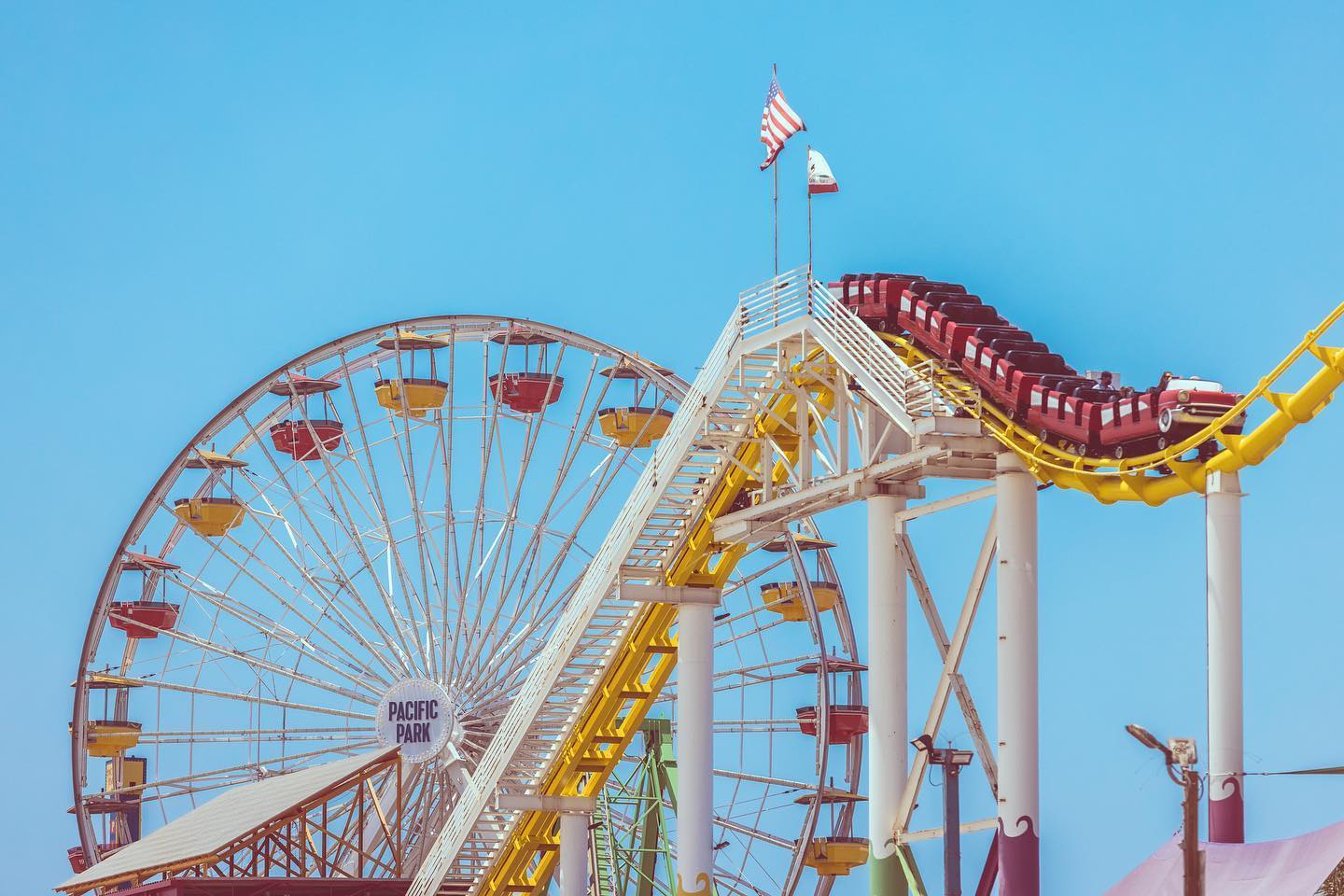