I recently took a trip to Southern California and couldn’t pass up the chance to visit the Santa Monica Pier to ride the West Coaster, which has to be one of the most frequently filmed roller coasters in the U.S. 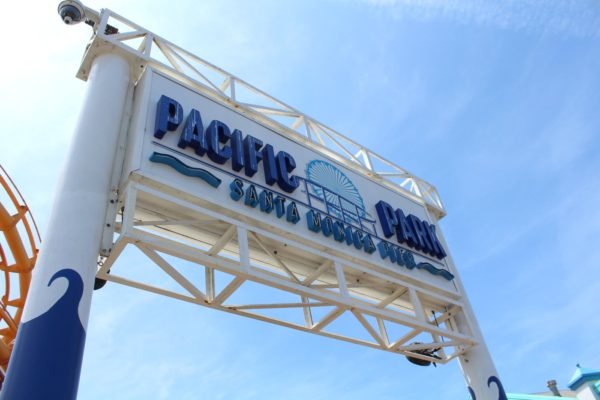 It was surreal to be standing at a place that I’ve seen on screen so many times. I almost felt like I was meeting a celebrity. 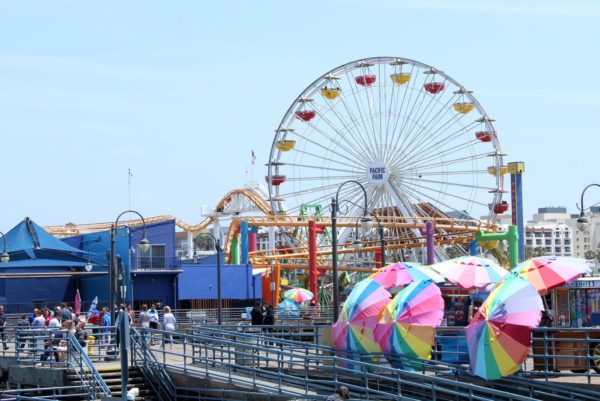 The coaster stands on the Santa Monica Pier and operates as part of Pacific Park, which is home to 12 rides including the world’s only solar-powered Ferris wheel. 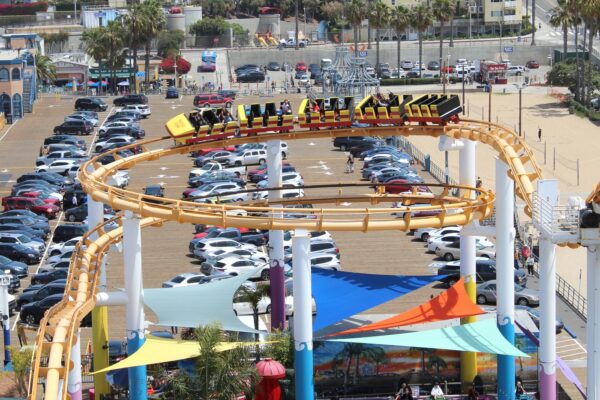 Since West Coaster opened in 1996, it and the Pier have served as establishing shots and background ambiance for movies such as Iron Man, Pacific Rim Uprising and even the cult classic, Sharknado — along with countless commercials and TV shows.

You can see a more extensive list of films and TV shows filmed at Pacific Park here. 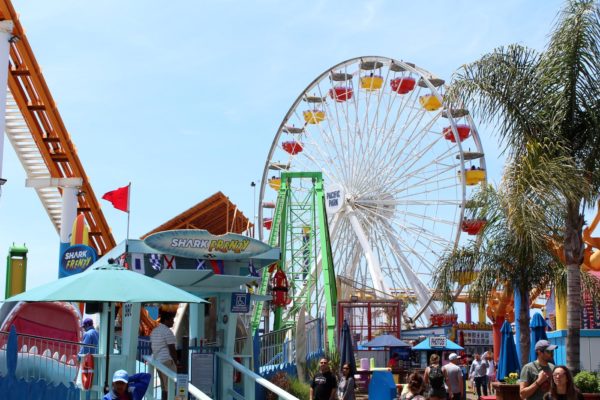 I bought an unlimited ride wristband for about $35, which I found to be a bargain as single-ride tickets ranged anywhere from $5-10. 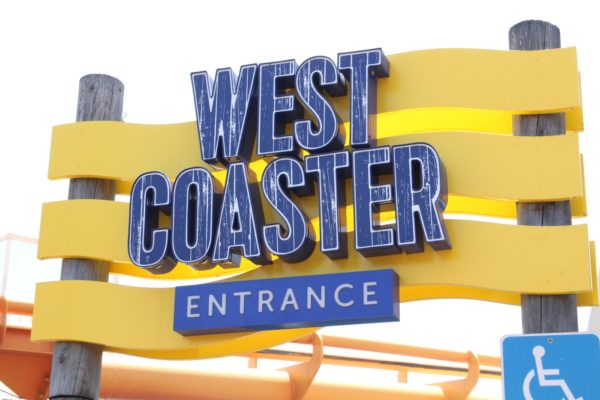 No space is wasted in Pacific Park. The park can seem like a maze with ride entrances and queues butting up to one another, almost intermingling. But the bright West Coaster sign is easy to spot. 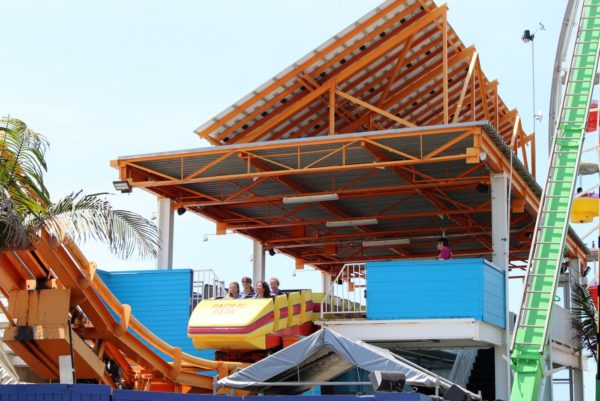 The open-air station allows for the cool ocean breeze to flow through as you’re waiting for your train to depart. 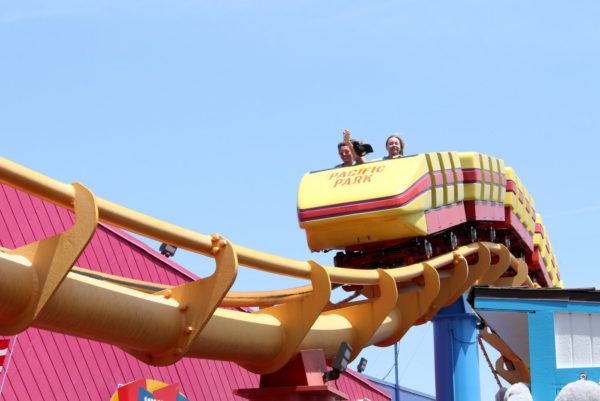 West Coaster is one of eight roller coasters from the former Morgan roller coaster manufacturer (the company’s portfolio includes Mamba at Worlds of Fun and Steel Dragon 2000 at Nagashima Spa Land). Its one train features five cars, each of which seats six riders. 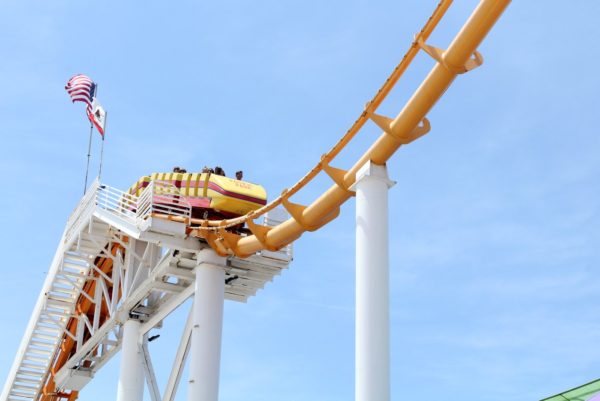 The coaster stands 55 feet tall and offers beautiful views of the shoreline and Santa Monica. It reaches a top speed of 35 mph along its 1,300 feet of track. 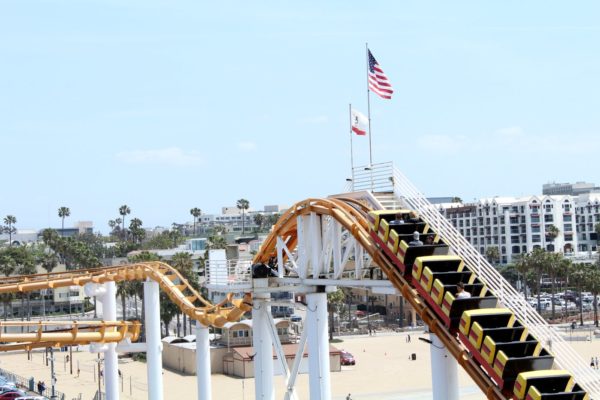 The ride has no large drops and is relatively smooth, making it a great “starter” coaster for thrill seekers in training. 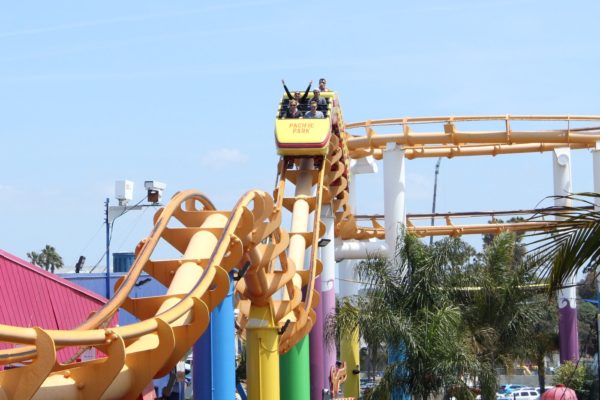 The amount of airtime depends on your seat — you’ll feel a little more air toward the back of the train. 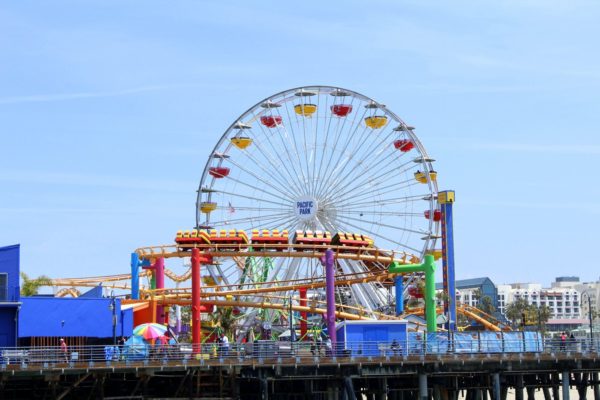 The coaster’s most iconic elements are two 450-degree helices at each end of its elongated layout. 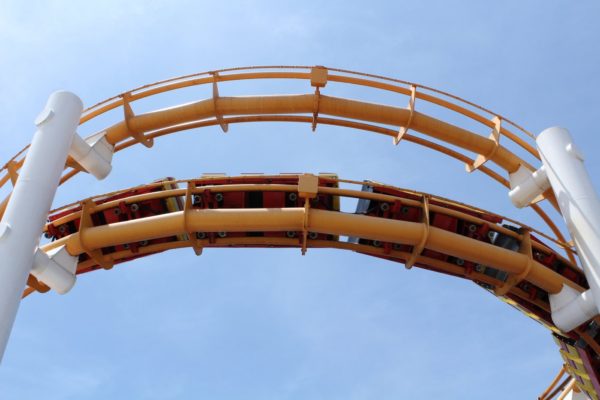 The first helix is taken at a slightly slower speed than the second, which drops almost to the walkway level of the pier, encircling a scrambler-style spinning flat ride. 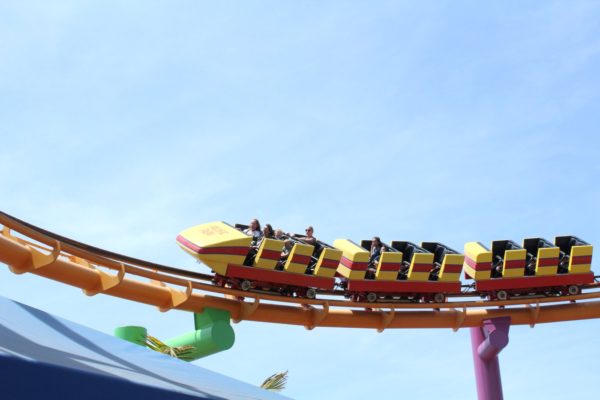 I highly recommend getting to the Pier as early in the day as you can. Since the crowds were so light during my late morning visit, the ride operators let everyone stay on for a second ride. 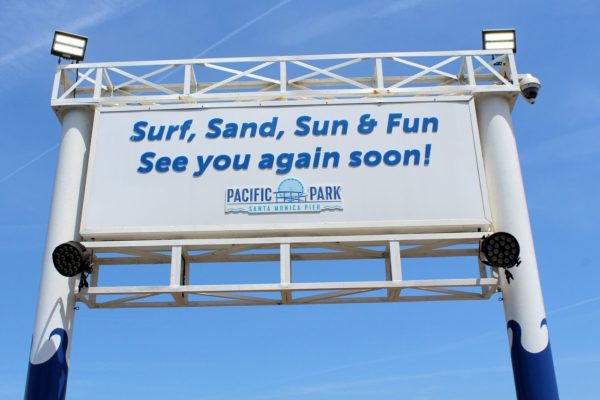